ThePRBuzz
Home Education Across the Board, Scores Drop in Math and Reading for U.S. Students 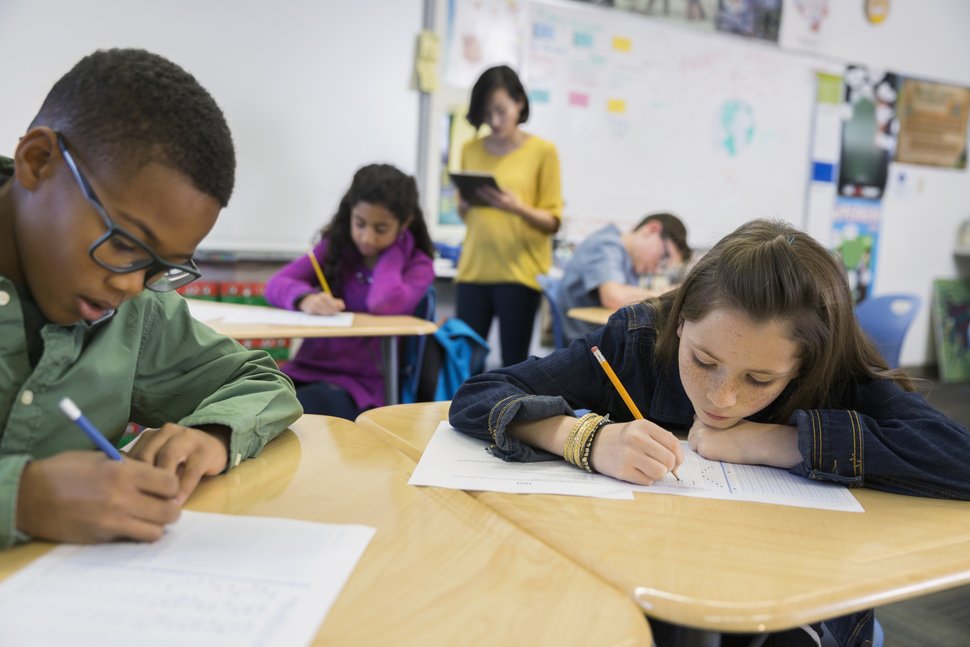 MATH AND READING SCORES for fourth- and eighth-graders in the United States dropped since 2017, and the decrease in reading achievement has government researchers particularly concerned.

“Over the past decade, there has been no progress in either mathematics or reading performance, and the lowest performing students are doing worse,” Peggy Carr, associate commissioner of the National Center for Education Statistics, said during a press call Tuesday.

The 2019 National Assessment of Education Progress, also called NAEP or the Nation’s Report Card, was administered to more than 600,000 students enrolled in public schools and Catholic schools from every state and Washington, D.C., and also includes a break-out of student achievement in 27 large urban school districts.

“A 3-point decline for the country is substantial in as much as 31 states are driving it, large states, small states – and it’s a very meaningful decline,” Carr said.

The declines in reading at both grades were also seen at all levels of achievement, whether students were high- or low-achieving, with the exception of the highest achieving fourth graders.

“Over the long term in reading, the lowest performing students – those readers who struggle the most – have made no progress from the first NAEP administration almost 30 years ago,” she said.

Changes in math achievement were mixed, with a 1-point increase among fourth graders and a 1-point decrease among eighth graders compared to their average scores in 2017.

Washington, D.C., was the only place where students posted gains in three out of the four grade-subject combinations.

Most concerning, she said, was that compared to 2017, the scores of lower performing students declined in three of the four grade-subject combinations and those drops are what accounted for the overall drop in average scores.

“The distributions are pulling apart, with the bottom dropping faster,” Carr said. “It’s not clear what’s happening here, but it is clear and it’s consistent.”

“The fact that students who need to make the most academic progress are instead making no progress or are falling further behind is extremely troubling,” Tonya Matthews, vice chairwoman of the National Assessment Governing Board, which oversees NAEP, said in a statement. “We need to see all students make progress.”

Carr said the score drops cannot be traced to anyone specific student subgroup, as almost all of them logged declines. For example, black, Hispanic, Native American and white students in fourth and eighth grades scored lower in reading in 2019 compared to 2017.

“They are generally all declining,” she said. “So we can’t say it’s due to changes and shifts in the populations.”

Carr said that she’d love to be able to more fully analyze all the subgroup data they collect, but her team is strapped for resources. She encouraged other researchers to dig deeper.

“We would love to be able to analyze these data in more depth, but we just don’t have the bandwidth to do that,” Carr said.

“The assessment is designed to tell you what, not why,” she added. “Why is something the data cannot tell you.”

When making comparisons about performance on a test like NAEP, Carr said, historic perspective is important.

Since 2015, however, achievement scores have mostly flat-lined or decreased in both subjects and in both grades.

“There is a clear pattern that we’re seeing more progress for math and reading,” Carr said. “Reading has just been more or less plateauing, stagnating – a little tweak here or there but not a lot of improvement, and we have lost considerably in this last assessments for eighth grade reading particularly.”

“In math, you see double-digit improvement in fourth- and eighth-grade math,” she continued. “If you examine the whole trend line you will see there was some improvement, notably with the bottom coming up in 2003, but then it plateaued and we have just been creeping on the math front.”

“Again,” Carr said, “the why is something these data don’t speak directly to.”

Improve Efficiency by Co-Managed IT solutions in NYC

Get the Funniest Stand-up Comics At Laughing Hyena

Want to become an Immigration Lawyer: Here’s What You Need to Know!

As businesses close, WeWork tries to lure workers back