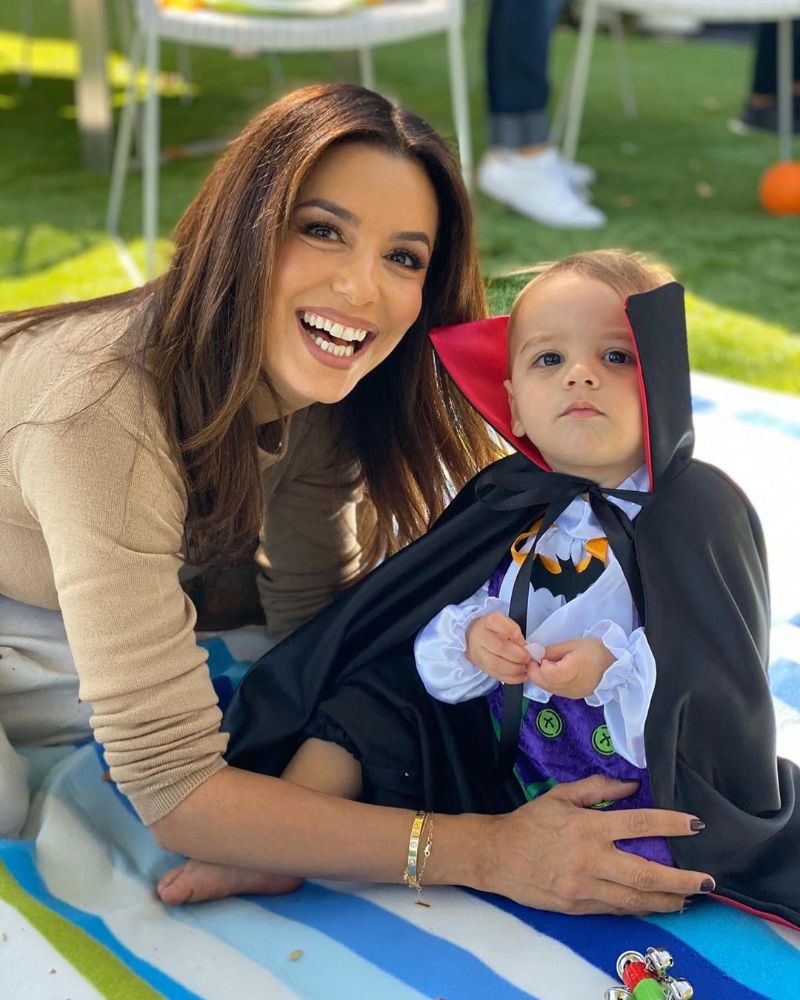 It’s Halloween, and the stars know it! As it happens every October 31, celebrities are dressing up as some of their favourite characters, people, things, superheroes – you name it! It’s the one time of year stars transform into anyone they want to be and they don’t disappoint! Everyone from Ariana Grande​ to Kylie Jenner and Mario Lopez among others have invested into a variety of impressive costumes, including Ariel from The Little Mermaid, Beyoncé and Jay-Z and yes, even a mailbox. That’s right!

So in case you need some last minute inspiration, scroll through the gallery to see how celebs are doing Halloween 2019!

Eva Longoria’s son, Santiago Bastón, got an early start to Halloween celebrations when he dressed up as Batman and now he’s back as the cutest mini vampire. “Here’s the second Halloween costume! I handmade his fabulous cape!! #VampireSanti#HappyHalloween” wrote a proud Eva next to a pic featuring mom and son.

Epic! Ciara and Russell dressed up as Beyoncé and Jay Z in their Apesh*t music video and killed it! The couple mimicked the scene in which the Carters stand in front of the Mona Lisa inside the Louvre but instead stood in front of a portrait of Barack and Michelle Obama.

Ariel, is that you? Kylie transformed into The Little Mermaid complete with blue-eye contacts, a fiery red wig and seashell bra.

The Aquaman star appeared on The Ellen DeGeneres Show as rockstar legend Elvis Presley in a light pink bedazzled suit iconic to the late artist. The actor revealed he dressed as 19-year-old Elvis during his first time at the Playboy Mansion in Los Angeles.

MORE: Get inspired by these LatinX pop culture icons for your Halloween costume!

The actor-comedian made his best impression of Dwayne “The Rock” Johnson circa the ‘90s. For his costume the Jumanji: The Next Level star wears blue jeans, a black turtleneck, a silver chain, fanny pack and wig to fully channel The Rock. And he even added the hidden napkin.

The actress slipped into something boxy when she turned into a mailbox from the United States Postal Service.

RELATED: Avoid these candies to have a health(ier) Halloween

Another winner! The Thank You, Next singer is completely unrecognizable dressed as some sort of monster beast from Twilight Zone. Creepy!

How cute is she? Khloé Kardashian’s adorable one-year-old is the cutest swan there ever was.

Mario Lopez and his three children, Gia, nine, Dominic, six and three-month-old Santino Rafael turned into the Karate Kid for their Halloween costumes.

Richard Reinsdorf: A Professional Photographer of The Decade

The Best 5 High-Quality Dairy Products You Need To Buy

All You Should Know Before Hiring a Retirement Financial Advisor.