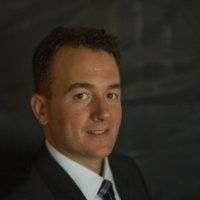 Today, Christopher Salis is a world-renowned and well-known SAP specialist. Salis has experience of 20 years in this area, and thus he has created a vast network of experts and other reputed personalities. His work in different areas has helped many companies by streamlining their operations and enhanced their working efficiency.

Chris Salis is also a startup advisor and business strategy consultant. Chris helps the growing startups by giving them financial and team strengthening advice from his experience in the market. He knows that these startups lack credibility, so he helps them with his insight knowledge. Many business firms consult him on various issues. His expert advice has led them to grow financially.  He knows that employees and business partners are the most integral part of a company. He never leaves a strand, always tries to keep everyone together and thus keeping the team strong.

After his graduation, his first joining was at Adecco Employment Service as a procurement manager, where he learned skills and escalated quickly to Strategic Sourcing Manager. It was his intellect that he perceived everything in a short while. Soon, he managed various responsibilities at a time; he handled negotiations and strategic partners.

Chris Salis SAP was hired by Business Object, which specialized in business intelligence and enterprise software services. He was Senior Director of Global Go-to-Market Process and Product Management, and then he became Executive Director and Chief of Staff Office of the CEO. His achievements or contribution led the company towards success. He handled many roles at the company and SAP Corporate Development and M & A was one of them. He had C-level sales engagement after BusinessObjects and SAP were merged.

After the merger, he became the Vice-president and Head of Global Sales, later he became Global Vice-president, and Head of Portfolio Go to Market. His diligent efforts led the company to generate 4x SaaS revenue growth, acquisition of Ariba in 2012, and later became the leader of it. His creative approach towards solving problems and his expertise have encouraged others. He advises his client firms to bring out the originality and he personally believes in this. His decisions are always based on facts and experiences which saved many companies from making any blunder.

Why Does Your Business Need a Reliable Internet Connection | Bradley Spiegel