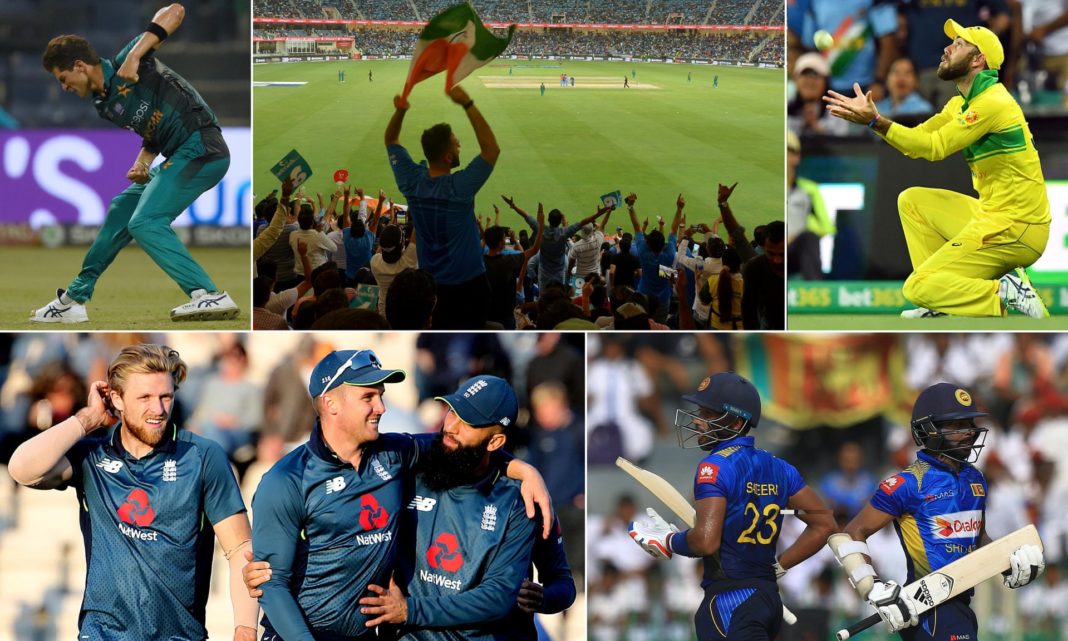 The complete rundown of the contenders, pretenders and outsiders as the tournament approaches

Prospects Their success remains one of the feelgood stories in international cricket but they’re now established regulars in the top international tournaments. That said, they nearly missed out on this World Cup, scraping through in qualifying after defeats to Scotland, Zimbabwe and Hong Kong. The bowling attack is strong but where will the runs come from?

Coach: Phil Simmons The former Ireland coach will have one eye on events elsewhere when his team face Australia in their opener on 1 June: his beloved Spurs are in the Champions League final on the same day.Quick guide

Player to watch: Rashid Khan The world’s best allrounder in ODIs (according to the ICC rankings), still just 20 years old and already closing in on 100 international caps in all formats. Will need to bowl well if/when the flimsy batting lineup fails to fire.

Prospects Ominously for the rest it’s coming together at the right time for the five-times winners and holders after a couple of years in the doldrums. Already this year they’ve hammered Pakistan 5-0 (Aaron Finch thrashing 451 runs in series) and won an ODI series in India for the first time since 2009. And they’ve got a couple of high-profile comebacks in their back pocket too.

Coach: Justin Langer Martial artist who says he “often thinks about the meaning of life”. One of his mottos is: “A Vegemite sandwich with family and friends is a million times better than caviar with strangers.”Quick guide

Player to watch: David Warner They’re back. Warner and Steve Smith return to the international fold after a year of sandpaper penance. Warner in particular was nothing short of sensational in the IPL for Sunrisers Hyderabad.

Prospects Beat India, South Africa and Pakistan in series following the last World Cup – and, helped by rain, they did for New Zealand and Australia in the 2017 Champions Trophy in England – but results have dried up of late. Mashrafe Mortaza (veteran of more than 200 ODIs) is now an MP and remains crucial, though the batting lineup is still reliant on the mercurial Tamim Iqbal.

Player to watch: Shakib Al Hasan One of the best allrounders in ODI cricket. For so long the mainstay of the middle order, Rhodes has experimented with moving him up to No 3. An injury scare during a warmup game against Ireland is a concern.

Prospects The best they have ever been? Generally England arrive at World Cups feeling optimistic they have learned the lessons of past failings and caught up with the rest, only to find everyone else has moved on. This time Eoin Morgan’s team are the trendsetters and ranked No 1 in the world. A few injury, selection and “team value” issues aside, they could not be in better shape.

Coach: Trevor Bayliss This is what he was brought in for, the culmination of four years’ work. Steps down after the summer. Keen to avoid return to estate agent job he left in 2011.Quick guide

Player to watch: Jos Buttler Universe Jos has the world at his feet. A couple of thrilling thrashes for Rajasthan in the IPL suggested he was in decent nick and his sensational 50-ball century against Pakistan in Southampton proved it. Thoroughly nice chap to boot.

Prospects Have won the World Cup in England before – in 1983 – though that was back when 260-odd from 60 overs could be considered a par score. Shikhar Dhawan and Rohit Sharma can be relied upon for spectacular starts but the bowling unit’s ability to keep scores down, in English conditions, might be a worry. Home ODI series defeat to Australia will have stung.

Coach: Ravi Shastri Indian cricket mainstay appointed after the acrimonious departure of Anil Kumble in 2017. Has nailed the most important aspect of coaching India – he gets along with Kohli.Quick guide

Player to watch: Virat Kohli Indian cricket’s rock star, one half of a couple so celeb they have their own mononym, co-owner of a football team and a wrestling franchise. Also: best batsman in the world with the expectations of 1.3bn people on his shoulders.

Prospects Semi-finalists on the three previous occasions England have hosted the tournament. Were sensational in the 2015 edition … until the final, the only game they lost. In Martin Guptill Ross Taylor, Kane Williamson and Tom Latham they have a strong top order, and there’s plenty of nous with the ball, but they have tended to struggle a touch away from home of late.

Coach: Gary Stead Coached the NZ women’s side to the final of the 2009 World Cup. Had to deny suggestions recently that he was “overruled” by Williamson over the inclusion of Ish Sodhi in the squad.Quick guide

Player to watch: Trent Boult If the left-armer can hit his straps – as he did when taking five for 21 against India in Hamilton this year – then New Zealand are in the hunt. Didn’t get much of a look-in with Delhi in the IPL but his new-ball partnership with Tim Southee will be crucial.

Prospects As ever, it’s a question of which Pakistan side will turn up. Will it be the chaotic, baffling team that scraped through the 2017 Champions Trophy group? Or the chaotic, baffling side that gloriously romped past England and India in the semi-finals and final of the same competition? Your guess is as good as our’s, though a lack of firepower at the top of the order is a concern.

Coach: Mickey Arthur Unassuming but widely-respected former South Africa and Australia coach, whose autobiography “Taking The Mickey” has one of the laziest titles in the sporting canon.

Player to watch: Hassan Ali Fakhar Zaman’s century in the Champions Trophy final was a thing of rare beauty but it was Hassan’s bowling that set up that triumph and his death-bowling will be key. Fond of a gym-based Instagram selfie.Play Video1:16 Cricket World Cup 2019: a quick guide to this year’s tournament – video

Prospects A mixed bag. Quinton de Kock, Imran Tahir and Kagiso Rabada all come in on the back of excellent IPL campaigns but Rabada, Lungi Ngidi and Dale Steyn have all had injury problems in the leadup to the tournament and Hashim Amla has been in poor form. Results have been strong – they arrive in England having won nine of their last 11 ODI series.

Player to watch: Quinton de Kock Rivalled only by Jos Buttler for the title of Best Wicketkeeper-Batsman in World Cricket™. He and Faf du Plessis will be relied upon to provide the runs in an otherwise flaky batting lineup.

Prospects It feels like years of slow decay have finally caught up with Sri Lankan cricket. They come into the tournament with one win in their last 11 ODI series and a captain, Dimuth Karunaratne, their fourth captain in eight months, appointed in April despite not playing an ODI since 2017. They’re in a mess. The good news? Their shirts are made from recycled ocean plastic.

Coach: Chandika HathurusinghaThe hodge-podge of a squad is matched off the field. Hathurusingha is coach but Ashantha de Mel is manager and selector-on-tour. Which will definitely not create any issues, no sirree.

Player to watch: Angelo Mathews Sacked as captain in September but at least he makes the squad – unlike his initial replacement Dinesh Chandimal. Bowling far less these days but still a matchwinner with the bat.

Prospects Haven’t actually won an ODI series since 2014, which doesn’t exactly bode well, but the shoots of recovery seemed to be there in the tied series against England this year. Shimron Hetmyer has emerged as a real talent, while Shai Hope blasted centuries in warmup games in Dublin. Jason Holder remains one of the great leaders in world cricket. And there’s always the Universe Boss.

Player to watch: Chris Gayle Two centuries against England this year served as a reminder as if it was needed, of his talent. A terrifying, brooding presence at the crease. All the vim, energy and pace of a second-hand bedside table in the field.

… like you, are reading and supporting The Guardian’s independent, investigative journalism than ever before. And unlike many new organisations, we have chosen an approach that allows us to keep our journalism accessible to all, regardless of where they live or what they can afford. But we need your ongoing support to keep working as we do.

Skills of Entrepreneurs that Makes them Successful by Michael Merisier

National Guard Troops are Deploying to Help with coronavirus. Here’s What they’re doing.

Reasons why you need a life coach

Coronavirus: How does this Outbreak end?