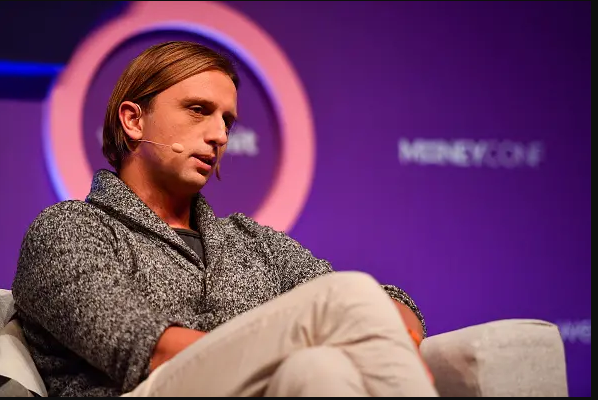 Challenger bank Revolut has claimed first place in a list of the UK’s top 100 startups of 2019, it was revealed today.

British fintech startup Revolut topped Startups.co.uk’s Startups 100 list for 2019, as it counts 5m customers around Europe and the UK.

Soldo, a financial services provider for businesses, and Elder, which matches families with professional carers, made up the top five of the list.

Fintech starlet Revolut grabbed the top spot on the list despite a difficult start to 2019 as one of a number of challenger banks to have emerged in recent years.

The company faced accusations of a “toxic” culture within the workplace and the resignation of its chief financial officer earlier this year.

But it also launched in Australia in a beta release last month as it expanded outside of Europe.

The fintech firm has also introduced a Revolut for Business arm in a bid to undercut forex banks charging expensive fees for foreign transactions.

Since being founded in 2015 Revolut now has more than 5m customers throughout the UK and Europe, largely thanks to its attractive spending options abroad and appeal to younger users.

It plans to continue its expansion after its launch in Australia to become a global bank with a host of different services.

Founder and CEO, Nik Storonsky, said: “We are delighted to be crowned the winner of Startups 100 2019, alongside some truly inspirational and change-driving companies.

“It’s great to be rewarded for our work in the industry, and we’re looking forward to building on our success. We’ll continue our mission to build a truly global bank and be a driving force in the industry as we expand globally and release a range of exciting new products in the coming months.”

The company has also partnered with Tesla meaning customers can charge their electric or hybrid cars using the greenest power sources.

Trouva is a former Startups.co.uk award winner and has continued to enjoy great growth since its inception in 2015.

The software-enabled marketplace allows customers and independent retailers to connect and has more than 150,000 unique products on sale.

“We’re over the moon to have debuted at number 3,” said Mandeep Singh, co-founder and CEO of Trouva. “2018 was another year of unprecedented growth for Trouva, with European expansion taking us to the best creative neighbourhoods across the continent.

“This news is a testament to the hard work of the Trouva team, as well as our community of over 700 independent boutiques. Trouva will continue to take the world’s best independent retail online, enabling customers to easily access unique, hard-to-find homewares, handpicked by master curators”

The fintech firm allows companies to budget staff and department spending all in a single account, providing employees with pre-paid cards and limits.

Soldo has grown more than 500 per cent in the last year and now serves more than 60,000 businesses.

“The UK is first in class for fintech, and the sector more than tripled its previous record to hit $2.3bn of venture capital funding so far this year, Carlo Gualandri, founder and CEO tells City A.M.

“We’re the only company offering enterprise grade spend management services to businesses of all sizes and we were the third company ever to be awarded an e-money licence from Ireland’s central bank, making us Brexit-ready and ensuring that all our European customers would experience uninterrupted service in any eventuality.”

Read more: Mobile banking to overtake branch use by 2021

The company’s app allows families to be matched with professional carers so that the elderly can live at home for longer while ensuring they are vetted and trusted.

Elder, which was also named the third fastest growing company in the UK by Tech5, is facilitated more than 250,000 days of care since being founded in 2015.

“We are thrilled to be recognized for the 2nd time,” said COO, Gemma Bloemen. “This is a true testament to the hard work of our team and the incredible carers who work with us.”

This is the Only Way to End the Coronavirus Financial Panic

7 Things to know About the Private Equity Industry