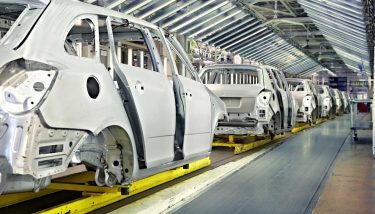 The UK government will invest £12m in four new partnerships between firms including GSK and BAE Systems and UK universities to develop the technologies of the future, with industry offering up a contribution of £17.5m.

Industrial firms and the government are investing nearly £30m to develop new technologies such as creating super strength alloys, as part of four new university-industry collaborations.

New technologies to develop super-strong alloys in vehicles, cut noise from boats and speed up the manufacturing of medicines are to be developed in Britain as part of the projects.

The projects could ensure the UK leads the way in tackling some of the biggest challenges our world faces in years ahead.

They will also support the government’s aim to raise public and private R&D spend to 2.4% of GDP by 2027. Latest figures show total expenditure on R&D was £34.8bn, or the equivalent of 1.7% of GDP.

“The UK is home to world-beating businesses and researchers and these partnerships will grow that reputation, bringing together the best minds from industry and academia to create technologies that address generational challenges facing the globe,”  said science and innovation minister, Chris Skidmore.

“Research and development is the cornerstone of our modern Industrial Strategy and we are spending record amounts to build on the strengths of this research base. Through it, we are committed to making sure the UK blazes a trail in innovating and capitalising on the opportunities presented by the global transition to cleaner, greener economies. The partnerships we’ve unveiled today will help us do just that.”

The new projects are being led by R&D intensive companies and include leading universities in England and Scotland.

The government funding will be accessed through the Engineering and Physical Sciences Research Council (EPSRC), part of UKRI.

“These four Prosperity Partnership projects link the UK’s world-class research base to some of the country’s most successful industries. As these proposals were advanced by business, they will address challenges that are relevant to industry’s need but will also advance science and engineering,” said Professor Lynn Gladden, EPSRC’s executive chair.

“The value industry places on these collaborations is evident from the level of finance and resource committed in each of the partnerships.”

Why You Should Hire A Security Consulting Firms

Benefits of hiring a Property agent to buy property

The Most Important Nutrients for Your Health: Diet and Nutrition Tips to Avoid Disease

4 Ways to Dispose of Sharp Containers