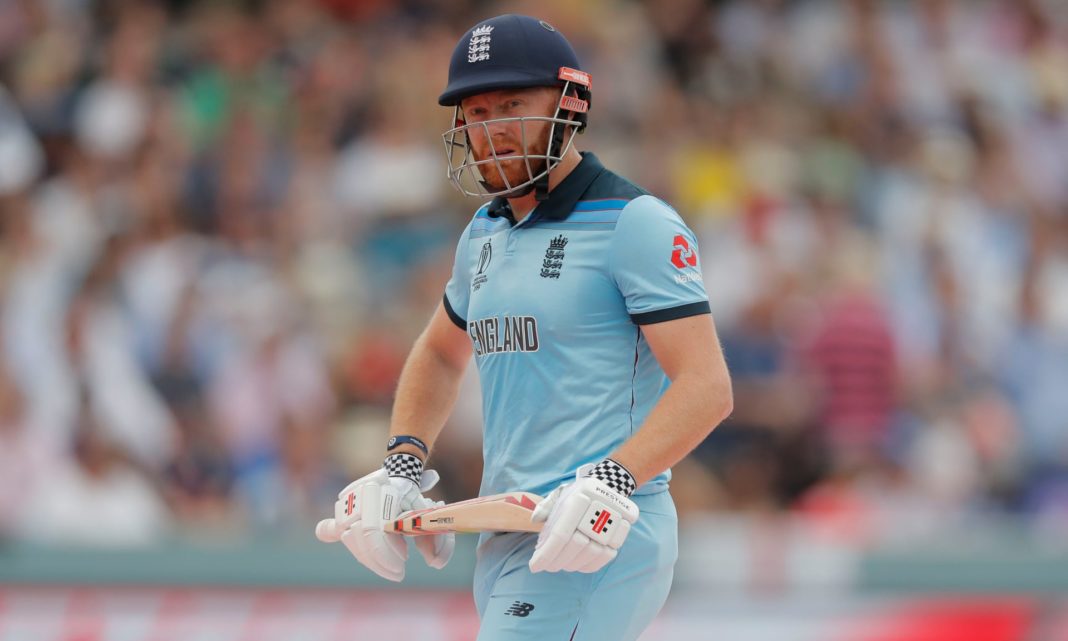 • ‘It’s a typical English thing to do, in every sport,’ says opener
• Pietersen and Vaughan led criticism after Australia defeat

Jonny Bairstow has accused England’s critics of wanting the team to fail as they approach Sunday’s must-win World Cup match against India at Edgbaston, saying: “It’s a typical English thing to do, in every sport.”

The opener was responding to comments made by the former England captains Kevin Pietersen and Michael Vaughan after Tuesday’s 64-run defeat by Australia at Lord’s, which leaves the pre-tournament favourites needing to win their final two group matches, the second of which is against New Zealand, to guarantee qualification for the semi-finals. Anything less and Eoin Morgan’s team will need other results to go their way.

Pietersen had taken to Twitter to accuse Morgan of looking “scared” when facing Australia’s quick bowler Mitchell Starc while Vaughan told BBC radio on Wednesday: “This is looking like turmoil for England. I’ve been involved in a couple of atrocious World Cups. If they’re not careful, this could turn out to be top of the tree.”

Asked whether Pietersen’s tweet had annoyed him, Bairstow responded: “I’ve not even seen it, to be quite honest. I was on the radio this morning; I was surprised with a clip of Vaughan’s comments at 8.30am. Bloody hell. That’s pretty rich.

“People now are paid to have an opinion, so they’ve got to have an opinion. Because we’ve done so well, any opportunity for someone to see we’ve lost two games, they were always going to jump on it. People were waiting for us to fail. They are not willing us on to win, in many ways they are waiting for you to get that loss, so they can jump on your throat. It’s a typical English thing to do, in every sport.

Bairstow revealed he had been sledged by a London taxi driver after the defeat by Australia. “I chuckled,” he admitted. “Of course people are going to say things. Of course they are. Everyone’s saying like [it’s] as if we’re eighth or ninth in the table. Bloody Nora: chill out guys. You’re panicking.”

Speaking after a visit to a Chance to Shine school as part of Yorkshire Tea National Cricket Week, Bairstow also took aim at the pitches which some groundsmen have produced at this World Cup.

There have been few of the flat, high-scoring, bat-friendly tracks England have enjoyed at home in recent years, with the home side failing to chase down modest targets on challenging surfaces against Sri Lanka and Australia.

“The pitches that we’ve been playing on the last two years are surely the pitches we [should] be playing on in a World Cup,” he said, “so I don’t know why they’ve changed.

Whatever conditions England face at Edgbaston on Sunday, they will not change the aggressive approach that took them to No 1 in the world – even though it has offered critics more ammunition in the past week.

Bairstow’s opening partner is one thing that could change on Sunday, however, should Jason Roy recover from a hamstring tear to take over from James Vince. The Yorkshireman said he and Roy have learned how their strengths complement each other’s.

“Because we’ve done it for a little while now there’s a relaxed confidence, if that makes sense,” Bairstow said. “I’ve batted with him and known him for quite a while so if he’s up or too much [up] then you can say: ‘Oi, come on’ or vice versa.

“It’s just having that understanding and you can only get that by spending time in the middle, so if he’s not fit then Vincey and I go out again and try to put on as many as we can.”

5 Ways in Which Dentist Can Help