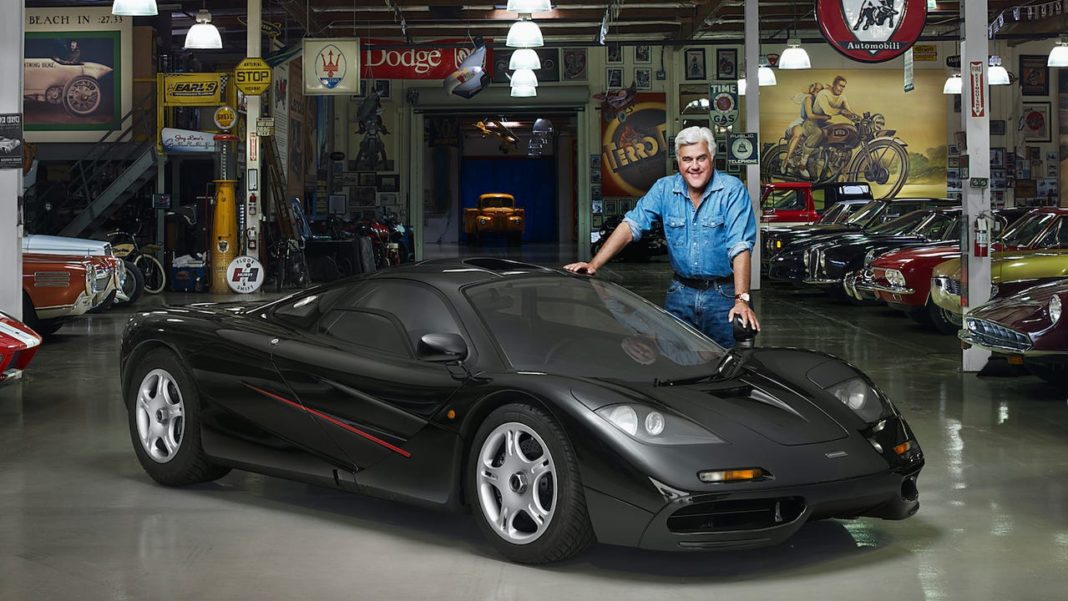 Of the countless hobbies people enjoy during their free time, collecting is one of the most common. Part of what makes this hobby so popular is that almost anything can be collected without breaking the bank – from stamps and baseball cards to patches and pins. Rare and exotic car collections, however, are a notable exception.

24/7 Wall St. reviewed a range of online sources, including automotive news site HotCars, to identify the 27 most outrageous car collections in the world.

Every collector on this list has a demonstrated passion for automobiles and the financial means to support this decidedly expensive hobby. For many, however, the similarities end there.

Some on this list – including comedian Tim Allen and professional wrestler John Cena – have a clear preference for classic American-made vehicles. Many of the cars in their collections bear the Chevrolet, Ford, or Dodge logo – and some are among the most iconic to ever come out of Detroit. Here is a look at the most iconic classic American cars.

LA Auto Show:Here are highlights, takeaways and what you can expect

For others on this list, nostalgia for the glory days of American auto manufacturing takes a back seat to state-of-the-art technology and performance. Their collections feature supercars from European automakers and often come with sticker prices in the six and even seven figure range. These cars, made by companies like Ferrari, Lamborghini, and McLaren, are built for speed. Here is a list of the fastest cars on earth.

This list of the most outrageous car collections in the world is sorted in alphabetical order by first name of the collector and is not ranked. While most of these collections are in the United States, this list includes car collections that span four continents.

Craig Jackson is the CEO of the Barrett-Jackson auction houses, which regularly sells rare automobiles. Jackson has a personal collection of some 30 cars that he keeps in a warehouse in Parade Valley, Arizona.

Dmitry Lomakov, a Russian businessman, owns an estimated 120 Russian made cars, which are kept in a museum.

The professional boxer has a car collection that he estimates to be valued at about $15 million. Many of his vehicles were reportedly purchased with duffel bags of cash.

Two-time heavyweight champion of the world George Foreman has a collection of over 50 cars. According to Foreman, his favorite is a 1977 VW Beetle because it reminds him of his modest beginnings.

Gerard Lopez is a venture capitalist and the owner of the Lotus F1 Team. He has a collection of over 100 cars, which he keeps near his Luxembourg office.

6. Hassanal Bolkiah, the Sultan of Brunei

Speculation as to the exact size of the Sultan’s collection ranges from 2,000 to as many as 7,000 exotic, high-end luxury, classic, and one-of-a-kind classic cars. However, much of it is in a state of neglect.

Ion Tiriac, a former professional tennis and ice hockey player as well as a businessman and banker, has a collection of about 250 automobiles that range from the historic and classic to the new and exotic. His collection is open to public viewing in a facility outside of Bucharest.

Jay Kay, frontman of the band Jamiroquai, has a collection of nearly 70 cars. Last year, he put several of his vehicles up for auction, including a McLaren 675LT, which has an estimated value of over a quarter million British pounds.

Former “Tonight Show” host Jay Leno is famous for his collection of rare and powerful cars. In addition to owning over 100 cars, the comedian is also said to have at least 90 motorcycles.

The total value of Jerry Seinfeld’s collection of about 46 rare Porsches is estimated to be worth around $15 million. The comedian’s collection is stored in a custom-built, secret, underground facility in the Upper West Side of Manhattan.

John Cena, an actor and professional WWE wrestler, has a demonstrated preference for American muscle cars. However, his collection also includes a more modest 1989 Jeep Wrangler and an ultra-luxury British Rolls-Royce Phantom.

Jon Shirley, a former Microsoft executive, has a collection of 27 exotic cars, mostly from the 1950s and ’60s. His 375 MM Scaglietti was the first post-war Ferrari to win “Best in Show” at the Pebble Beach Concours d’Elegance.

Son of a General Motors executive, Ken Lingenfelter keeps his collection of roughly 250 exotic and rare cars in the town of Brighton, Michigan. Often, he opens up his collection for public viewing and donates proceeds to charity.

Unlike most collections on this list, which include rare and historic cars, Khalid Abdul Rahim’s consists mostly of modern supercars. He counts one of only 20 Mercedes-Benz CLK GTRs ever made among his collection, which is stored in a garage in Bahrain.

Born in Cuba, Michael Fux became a successful businessman in the United States and has used part of his fortune to build a collection of about 160 cars. Among them is one of only about 100 McLaren Ultimate Series BP23 hybrid hypercars ever made.

Mukesh Dhirubhai Ambani is a Yemeni-born Indian businessman. One of the richest men in the world, he has a collection estimated at 168 cars.

Nick Mason, drummer for Pink Floyd, is also one of the world’s foremost car collectors. He owns an estimated 40 cars – his favorite of which is said to be a Birdcage Maserati.

“Grey’s Anatomy” actor Patrick Dempsey has owned up to 10 cars, many of them classic and vintage. While his collection may not be as vast as some others on this list, he believes in driving all of them – also unlike some other auto-enthusiasts on this list. Dempsey also races professionally.

Before his death in 2005, Prince Rainier III had one of the largest car collections in the world. Today, his collection of over 100 cars is stored in a 5,000 square meter facility on the Terrasses de Fontvieille that is open to the public. In addition to some rare classics and powerful racing cars, the collection includes the Lexus used to chauffer the current prince, Albert II, and his bride at their 2011 wedding.

Fashion icon Ralph Lauren stores his collection of over 60 cars (nearly all of which are red) in a garage called D.A.D. – an acronym of his children’s names: David, Andrew, and Dylan.

• Notable vehicles: Various Corvettes, including the first ZR1 ever produced.

Rick Hendrick owns more than 100 auto-retail locations and collision centres. He also owns one of the world’s largest Corvette collections, housed in a warehouse in Charlotte, North Carolina.

Rodger Dudding owns some 350 vehicles worth an estimated $55 million. His collection, which is kept in Potters Bar, England, is reported to be the largest in Britain.

Sheikh Hamad Bin Hamdan Al Nahyan stores his collection in a pyramid. His cars include seven Mercedes S-Classes, each in a different color of the rainbow.

This member of the ruling family of Abu Dhabi has over 30 supercars, including one of twenty Lamborghini ReventÃ³ns ever made. An especially valuable collection, many of his cars are worth several million dollars a piece.

The comedian and “Home Improvement” sitcom star has been quoted as saying he has bought every car he had as a toy in childhood. One of his favourites among his very American-centric collection is a custom built 1996 Chevrolet Impala SS.

Turki Bin Abdullah has close ties to the Saudi Royal family and has a fleet of vehicles that are plated in gold. He is said to be close friends with rapper and producer Dr. Dre and is active on social media.

Rapper Wyclef Jean was born in Haiti and moved to the United States with his family when he was 9-years-old. He reportedly has a collection of over 40 cars.

Ford Mustang Mach-E: Why the SUV reveal felt like a preview of ‘Ford v Tesla’

Black Friday:Is it a good time to buy a car? You’ll likely get cheaper financing in 2019

Do Perennials Come Back Every Year?

Why should you know more about Pink Calla Lilly?

How To Learn About Investing by Gary Guseinov

Things to Consider While Hiring a Charter Bus Rental

THE ROLE OF JOSH TEAM IN MAKING BUSINESSES MORE ADVANCED