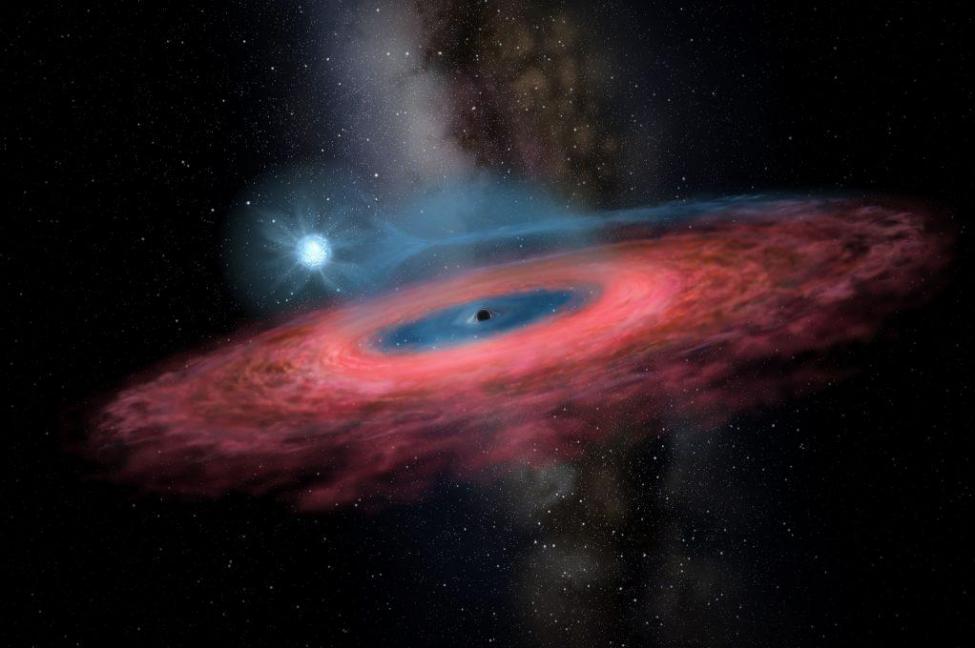 Nov. 29 (UPI) — A team of scientists based in China announced the discovery of a stellar black hole so large that science currently lacks an explanation for it.

The Chinese Academy of Sciences said researchers at the academy’s National Astronomical Observatory of China discovered LB-1, a black hole about 15,000 light years from earth and with a mass roughly 70 times greater than our sun.

LB-1 is a stellar black hole, meaning it was formed by the explosion of a collapsing star, and scientists previously believed a black hole of this type could reach a size of no larger than 20 times the mass of our sun due to the matter being lost to stellar winds during the star’s collapse.

“Black holes of such mass should not even exist in our galaxy, according to most of the current models of stellar evolution,” project leader Liu Jifeng said. “LB-1 is twice as massive as what we thought possible. Now theorists will have to take up the challenge of explaining its formation.”

The black hole is still considerably smaller than a supermassive black hole, which can be billions of times the mass of the sun, but scientists are perplexed as to how it attained its unusual mass.

The Chinese researchers said LB-1 might be two black holes orbiting each other, rather than a single black hole, and another hypothesis supposes it could have been formed by a “fallback supernova.”

A fallback supernova, which has been theorized by scientists but never observed, is when the supernova, the final stage of a dying star’s explosion, expels material that falls back into the supernova, creating a black hole.

Stellar black holes are believed to be common in the galaxy but are rarely identified because, unlike some other varieties of black holes, they rarely emit X-rays for researchers to detect.

What Are The Benefits Of Hormone Therapy?