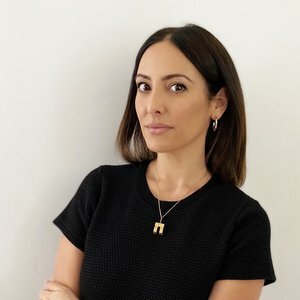 Who is Sara Wallace?

Sara Wallace is one of the top talents and has been a United Kingdom member since 2020. She’s an executive producer at SMUGGLER London overseeing all creative output for Europe and Asia.

She worked for Droga5 and Mother for four years while in New York. While working at Droga5, she produced a live event and music video for Beyoncé on behalf of the UN, performed at the General Assembly Hall. The attendants included Michelle Obama. It earned an MTV VMA nomination and generated over £100M in charity pledges from this project. After returning to London, she produced Guinness “Sapeurs” at AMV BBDO. It was one of the top five advertising film campaigns worldwide. Before joining SMUGGLER,  she set up her own advertising company that created work for Balmain, Julien McDonald, and Refinery29.

Since Sara joined SMUGGLER, she has had hands-on experience bringing new talent to the roster and pushing further development of an existing best-in-class company and body of work.

What do executive producers do? Essential tips to make you a great producer like Sara Wallace

The executive producers usually lead the whole TV drama by overseeing its journey from script to screen. However, producers’ roles vary depending on various factors. They generally acquire screenplays for development. They pitch ideas to the TV commissioners and deal with the TV series’ legal, financial, and marketing aspects. Regardless of variance in producers’ roles, essential qualities make them the greatest. here are some qualities that can make you become to build a renowned name in the production industry like Sara Wallace

Leadership: being responsible for decisions and outcomes, leading all departments from the top, communicating, and being a figurehead.

Know about the production: understand how programs are made, production schedules, and the decisions which need to be made. Also, be able to liaise successfully with program makers’

knowledge of the industry: ensure you have executive knowledge and passion for TV dramas. Stay in the knows while appreciating trends in viewing and predict what popular

creativity will be: become initiative, come up with new and exciting ideas and recognize others. most importantly, have an entrepreneurial spirit

Negotiations: ensure you have a good business head and be good at selling, persuading, and striking a financial deal.

From the above qualities, creativity, hardworking, and passion for work made Sara Wallace among the successful media producers. She’s also an excellent team player with the urge to learn new things, which makes her a fantastic media producer to hire. She’s an award winner of the 2020 PHNX Tribute. You can also become a self-made executive producer like Sara producing several music videos and live events for stars, international organizations, and multinational corporations.

What Are Quilt Layer Cakes, And How To Make Them?

How to Position Your Company For Growth with Daniel Izhaky

4 Ways to Dispose of Sharp Containers

WHISKEY AND WEALTH CLUB: A GREAT OPTION FOR THE CASK WHISKEY INVESTMENT

Top 7 Ways to Advertise your Products for Business Promotions