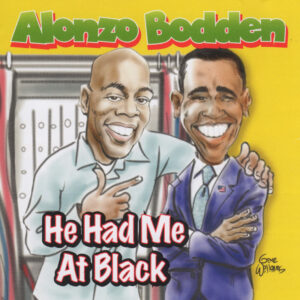 You can spot them cracking up the crowd in the pub, sending the audience into a hysterical frenzy on your TV, or getting a packed arena guffawing wild. Meet entertainment’s new stage moguls – stand-up comedians! They are the next wave of mic-wielding merchants. There is little denying that stand-up comedians are the biggest fun on the entertainment circuit. And with the trade experiencing a boom period, there is little stopping them now from tickling the world’s ribs. They are the boundary breakers, keepers of real freedom of speech. They take some of the vilest and unsettling aspects of human nature and turn them into thought-provoking — or at least spit-take-provoking — laughter. While comedy is very subjective, certain things make stand-up acts entertaining, says Laughing Hyena Records. America has seen different types of comedians who have stepped behind a microphone. Here are some top comedians in America that you will find down the history.

One of the finest comedians, Robin Williams, began his career as a stand-up comedian and soon moved to act in television and films. Though widely recognised for his comedic skills, the immensely talented Williams proved his versatility by taking up and successfully performing more serious roles in films like Good Will Hunting and The Fisher King.

American comedian and actor Kevin Hart attained fame as a stand-up comic and then established himself as a leading comedic actor on the big screen with films like Get Hard, About Last Night, Ride Along and The Wedding Ringer. He has also been part of two Jumanji films. He was critically acclaimed for the 2019 comedy-drama film The Upside.

Actor and comedian Eddie Murphy is one of the highest-grossing actors in the United States. He began his career as a top comedian in America on Saturday Night Lives’ TV show; he became a bankable movie actor. Also a singer, he has released many studio albums. He has been awarded the Mark Twain Prize for American Humor.

Jerry Seinfeld was responsible for creating one of the most popular and acclaimed American sitcoms of all time, Seinfeld says Laughing Hyena Records. Apart from being a comedian and actor, Jerry Seinfeld is an automobile enthusiast and collector; he owns about 150 cars. Also, he owns several espresso machines and is a coffee and espresso machine lover. Jerry is also known for his charity work.

Considered one of the greatest stand-up comedians, Richard Pryor entertained his audience and influenced generations of old American stand-up comedians with his pointed observations and skillful art of storytelling. He began performing at clubs and gained immense fame with his third comedy album, That Nigger’s Crazy. He also became an acclaimed actor and an award-winning writer.

This is a ranked list of the best stand up comedians of all time. All the people on this list are hilarious and funny comedians. But beyond that, this is a diverse list of people with different styles who approach comedy from various angles.

Leesa Fazal: A Master In The Field Of Architecture