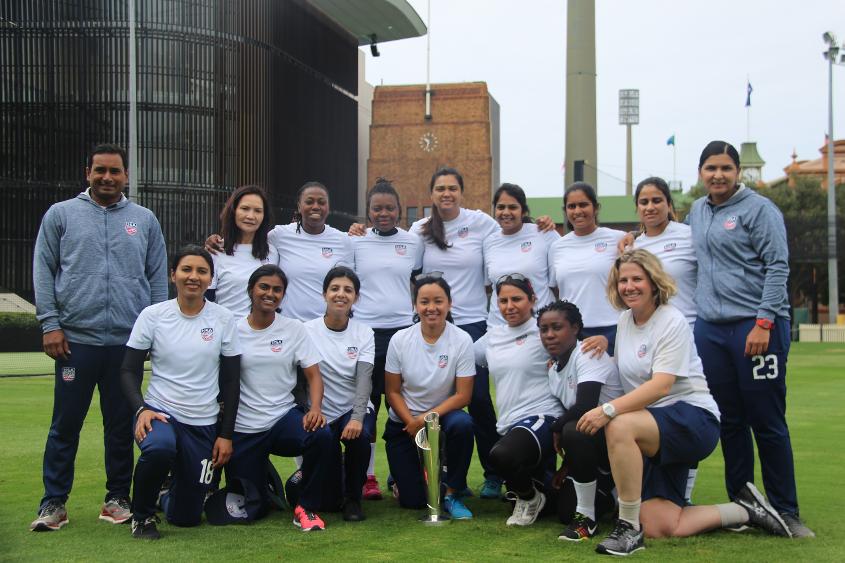 The ICC Women’s Qualifier Americas begins on 17 May in Fort Lauderdale, Florida, where USA and Canada will play three T20 Internationals in as many days.

Both sides are just two steps away from the Australia T20 and New Zealand 50-over World Cups in 2020 and 2021 respectively, meaning there are bragging rights and the honour of representing your region in the next phase of qualification up for grabs.

The Women’s Qualifier Americas is one of five regional tournaments acting as a dual qualifier for 27 teams, firstly in their pursuit of a spot in the ICC Women’s T20 World Cup Qualifier – taking place in Scotland between 31 August and 7 September 2019 where they will join Bangladesh, Ireland, Scotland, PNG, Thailand and Zimbabwe.

Secondly, the victor will also compete in the ICC Women’s Cricket World Cup Qualifier 2020, where they will join confirmed teams Bangladesh, Ireland, PNG, Thailand and Zimbabwe. Further information can be found here.

USA captain Sindhu Sriharsha, who took up cricket aged seven before being enrolled into her first formal coaching camp as a nine-year-old, said: “We’d be ecstatic if we qualified for the next phase. We have all worked hard for a few years now and we totally deserve the win.

“Our goal is to qualify for the World Cup. By qualifying from the Americas, we would have checked off the first step towards it. As a team, we have unity in diversity, we come from different cultures and countries.

“We are 14 individuals and support staff working towards one common goal – the USA in the World Cup.”

Canada captain Mahwish Khan, whose full-time profession is a manager, said: “If we qualified, it would mean the world. Having qualified previously, it was an amazing experience then and would be just as amazing if we qualified again.

“The opportunity to represent the entire region at a qualifying event is not only amazing in itself, but the chance to play against so many other countries from around the world is an incredible experience.

“I would be extremely honoured and humbled to be a part of making history for Canada once more.”

Live scoring all matches will be available on www.icc-cricket.com

ABOUT THE ICC WOMEN’S QUALIFIERS 2019