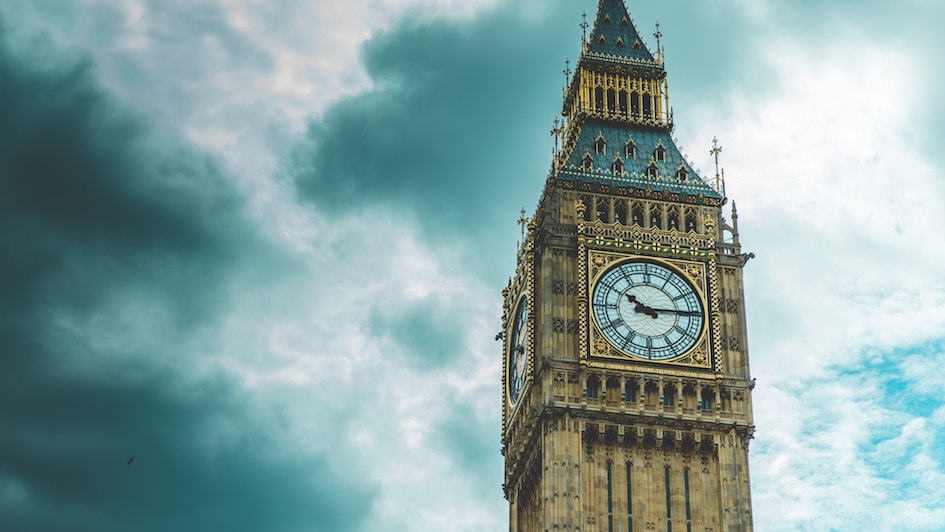 For three years now, Brexit has dominated the national discourse.

Even where the UK’s scheduled departure from the EU has not been centre stage, it has been the prism through which we have examined almost all other aspects of our politics and society.

It has been difficult for science to get a word in edgeways. Science’s vital role in areas such as healthcare and the UK’s economy has been pushed to one side during the political debate on Brexit.

So I was delighted to give my support to the strong statement issued yesterday by a collection of scientific and academic organizations – such as The Royal Society, the Academy of Medical Sciences, Universities UK and Cancer Research UK– calling for the candidates for our next Conservative Prime Minister to put research at the heart of their economic policy.

The letter, which was signed by 11 organisations in total, including also the Confederation for British Industry, makes the following call: ‘We ask the Conservative leadership contenders to pledge their support for the R&D commitments necessary to ensure the UK remains globally competitive, delivering a strong and prosperous future for our economy and society post Brexit.’

The crux of the letter is the request for a ‘long-term plan for research and innovation investment up to 2030’ to build on the Government’s target to boost overall R&D investment.

The request is for the Government to honour its existing pledge to boost investment in scientific research and innovation from the 1.7 per cent of GDP that we spent in 2016 up to 2.4 per cent of GDP by 2027 – along with the longer-term target of 3 per cent. Our competitors such as Israel, South Korea and Japan are already investing in excess of 3 per cent of their GDP in R&D – spending 4.2, 4.3 and 3.4 per cent respectively. We are already lagging behind.

Without the additional investment we will quite simply be unable able to remain one of the world’s leading nations for scientific research and innovation. The UK punches well above its weight in its scientific output. But our international competitiveness will continue to be eroded without the essential investment that is needed.

But this alone will not be enough. In addition to these targets for investment, UK science is currently also lacking any concrete masterplan for its future. The lack of a coherent plan is especially concerning because the future – with the UK potentially out of the EU by the end of October – is still so uncertain.

So while strongly agreeing that we need our future Prime Minister to recommit to and deliver on the Government’s long-term target for R&D investment from both public and private sources, I also want to highlight what I see as the additional critical areas where science in the UK badly needs the stability that could be supplied by a long-term masterplan for research – especially in areas affected by Brexit.

The Government’s Brexit White Paper published in July 2018 set out its vision for the UK’s new relationship with the EU and pledged to build an unparalleled partnership on cross-cutting issues such as science, innovation and data.

However, none of the plans that the white paper outlined for science has yet been secured. And as we move towards the UK’s withdrawal from the EU, there is still great uncertainty over what the new relationship will look like.

I am particularly keen to see greater certainty in three crucial areas: access to EU infrastructure support, the ability of researchers to work freely across borders, and alignment on medical regulation.

EU funding and infrastructure – a loss to UK science

At The Institute of Cancer Research, we welcomed the announcement back in 2016 that the Treasury would underwrite funding for certain European funding pots where successful applications are made before the UK leaves the EU. But what happens with access to future funding is much less certain.

It’s currently impossible for many UK scientists to make long-term plans without knowledge of which sources of EU funding they will be able to access going forward and for how long.

I am concerned that it could very well become much more difficult for UK scientists to work with their colleagues in Europe if they can no longer join European consortia or access EU information resources that allow scientists to find potential collaborators in future. Indeed I already hear many stories where our UK scientists are being discouraged from joining European initiatives – just based on the uncertainty.

I am worried too about access to large-scale infrastructure facilities that are underpinned by European funding. If UK scientists were to lose their access to such essential facilities it would severely damage our ability to remain internationally competitive.

One example is the European Synchrotron Radiation Facility (ESRF) in Grenoble, France, which is funded by 21 partner countries including the UK. The ICR and our collaborators use the X-Ray radiation generated by the synchrotron to determine the 3D structures of key cancer proteins and the way that new prototype drug molecules act on them. In the last five years alone, we have used this technology to determine more than 275 crystal structures, informing 10 separate cancer drug discoveries. So access to this resource has not only helped us in a critical way to understand precisely how proteins function and contribute to cancer, but it has also enabled us to design multiple new drugs that counter the cancer-causing effects of these proteins.

Losing access to facilities like that would be a huge loss, both to UK science, to cancer patients and to society more widely.

Preserving the mobility of our researchers

I also believe very strongly that it is vital that the UK can remain bound as tightly as possible to the rest of the scientific community across Europe.

The biggest challenges in cancer research and many other areas of science will only be met by researchers from many different disciplines working together – irrespective of where they happen to come from.

The next Prime Minister should make it a priority to give more clarity on how the mobility of skilled researchers will work if, as expected, freedom of movement ends following our departure from the EU.

There is overwhelming evidence that free movement of scientists contributes to scientific discovery, innovation and the societal and economic benefits that follow. I believe that UK science would suffer very badly if we lose the ability to attract and retain the brightest and best in science.

For the UK to remain competitive, it’s absolutely essential that we are seen to be an attractive place to work and study for the best scientists throughout the world. This applies not only to more senior researchers and scientific ‘superstars’ but also to early-career scientists, research students and expert technicians as well.

In addition to the benefits of inward recruitment and retention, researcher mobility also allows UK researchers to spend time working in other countries and acquire new skills that they can later bring back to this country.

It would be extremely damaging for science and academic study more generally to erect barriers to the flow of staff and students.

Earlier this year I wrote to Chris Skidmore, the Universities and Science Minister, to express concern at the potential impact of planned post-Brexit immigration rules on the scientific workforce, and especially the proposed £30,000 minimum salary threshold for migrant workers.

Assessing skilled workers by how much they earn does not work well for science. Many scientists with crucial and highly skilled roles often earn less than the £30,000 threshold for EU workers to come to the UK.

Many highly qualified technicians are carrying out vital roles and yet under proposed immigration rules are classed as insufficiently skilled to be eligible for working visas. I am concerned that this will lead to serious gaps in many technical roles, with no appropriately skilled staff to fill them.

If we protect the essential mobility of scientists, it will also help dispel the feeling that many researchers have, which is that they don’t feel welcome in the UK. This is bad for research and bad for the economy. We need the UK to be seen to be open for research and innovation – it’s part of UK plc being ‘open for business’.

Unless we have free mobility for scientists all UK research will suffer. This includes my own area of cancer research. Cancer does not recognize geographical or political boundaries – and to defeat cancer and other diseases we need international cooperation so that the best researchers in the world can work freely together without restriction.

The third area that I’m worried about is the potential impact on the clinical development of new treatments – and their availability for UK patients – should regulation of clinical trials and drug licensing diverge from that of our European colleagues.

At the ICR, we are concerned that UK research organizations will no longer be able to sponsor EU-wide clinical trials after Brexit and will be required to find an alternative legal representative in a member state. That could make it much harder for researchers in the UK to lead trials of the latest treatments and might mean patients here miss out on the opportunity to join them.

The UK Government has said previously that where possible the UK will align with planned new clinical trial regulations without delay when they come into force. However, the European Commission has made clear that it would see a post-Brexit UK as falling outside the EU regulations on clinical trials with no access to systems supporting the approval and safety monitoring of medicines across Europe.

There is also a serious risk that UK patients could suffer significant delays in accessing the latest cancer treatments if companies need to gain separate licenses in the UK before marketing them here.

To avoid this, we will need alignment with the EU on both the regulatory approval of new medicines and medical devices and the supply of treatments across borders.

We will either need to preserve our membership with the Europeans Medicines Agency (EMA) or ensure regulatory alignment for licensing of drugs or medical devices.

Under a no-deal Brexit, the Government would grant UK market authorization to all drugs that have already been centrally licensed by the EMA – but would expect the Medicines and Healthcare Products Regulatory Agency (MHRA) to assess all new drugs. The UK represents only a 3 per cent share of the global pharmaceutical sales market, compared with 25 per cent for the EU. We believe that companies could priorities the larger EU market ahead of the UK’s in applying for authorizations, causing patients to miss out.

It’s really important that we get some details soon on how the UK will still be able to access the support required to deliver collaborative trials, and how regulation of new medicines will be handled.

We need, in other words, a concrete long-term plan for science, which brings together commitments on funding, researcher movement and alignment on medical regulation.

UK science – together with UK business and the UK population – deserves no less.