ThePRBuzz
Home Tech Gadgets US parents will spend more on back-to-school gadgets than computers for the... 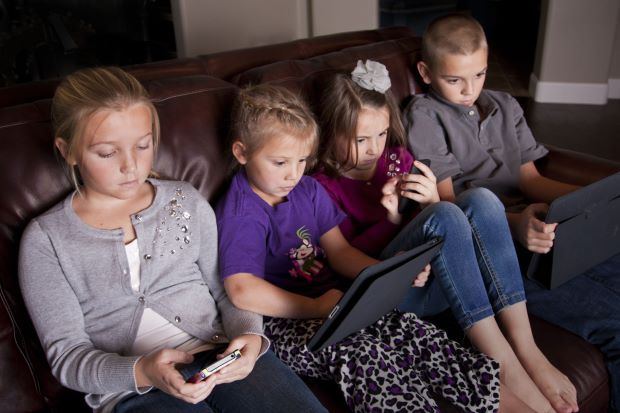 If it feels like more kids than ever have a smartphone or tablet this back-to-school season, you’re not just imagining it.

For the first time, household spending on electronic gadgets will outpace computers and hardware during the school shopping season, according to a report from Deloitte.

Americans are expected to spend US$3.6bil (RM14.89bil) on gadgets – including wearable devices and mobile data plans – as parents and students get ready for the upcoming year. That’s US$800mil (RM3.31bil) more than they spent last summer, marking a 29% increase. That compares to US$3.1bil (RM12.82bil) they’ll spend on hardware like computers.

Of the about one in five shoppers who plan to purchase electronic gadgets, they’ll spend an average of US$305 (RM1,262) on those products, up 13% from a year ago. Spending on computers and hardware, meanwhile, is expected to slip about 4.3% to an average of US$286 (RM1,184).

Younger Americans are increasingly using smartphones, partly because of peer pressure but also because the computing power has gotten so much better in recent years, said Rod Sides, vice chairman at Deloitte.

“We have seen the adoption of the mobile phone keep going down in age,” he said.

Total spending on back-to-school will rise slightly this year to US$27.8bil (RM115.05bil), with families forking out an average of US$519 (RM2,147) per household overall, according to Deloitte. – Bloomberg

What Are The Best Sim Racing Cockpits In The Market?

API Marketplace: The Next Big Thing in App Development