ThePRBuzz
Home Automobile What are the uses of engine oils in India? 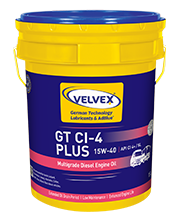 The main role of engine oil is to lubricate the engine parts in constant friction. It thus reduces friction, increasing wear & tear of engine parts.

The energy is lost through combustion, and the friction between mechanical parts causes the engine temperature to rise. Part lubrication provided by the engine oil helps to release the heat through the lubrication circuit. It supplements the coolant, which only cools certain parts of the engine.

While less known, the cleaning power of engine oil is fundamental. Microscopic deposits build up in the engine and remain in suspension. They can consist of dust or combustion residue. Without engine oil, the residue would clog the engine and decrease its performance. The engine oil flow continuously carries these impurities to the oil filter, where they are trapped.

Fuel combustion generates corrosive acid that can damage metal parts in the engine. The additives added to modern engine oils in India slow down corrosion. Nonetheless, engine oil may oxidize over time and in contact with oxygen and no longer play its corrosion-inhibiting role. That is why engine oil must be changed regularly.

Engine oil also enhances engine sealing and, more specifically, the sealing of pistons and cylinders. A protective layer is deposited between the various parts, sealing any possible clearances.

For engine oil to truly serve all its purposes, the oil level must be checked regularly to change the oil at the right time. Overused oil no longer plays its role, which is detrimental to the general condition of the engine and its parts.

What are the main benefits of engine oil?

For vehicle owners, engine oil first avoids costly repairs. Without a lubricant, the engine would quickly be seriously damaged. In strict terms, this is what a quality engine oil offers.

Reducing friction between parts and cleaning the engine prevents engine oil from clogging and becoming damaged. Mechanical parts last longer and corrode less. The engine, therefore, performs better, and its lifespan is increased.

An oiled engine runs better. Good lubrication is, in fact, essential to avoid serious mechanical damage. In addition to engine performance, the cost of maintenance is also affected.

If engine oil is overused or is low, the resulting friction alters the engine’s energy efficiency, increasing fuel consumption. A high-performance oil also reduces polluting discharges in the atmosphere.

Not all engine oils are the same. It is important to choose an oil suited to your vehicle and local climate conditions to enjoy all its benefits. There are three types of oil:

In addition to the type of oil, there are various parameters such as viscosity, which is expressed in two grades marked on the oil container the grade when cold, and the grade when hot. These grades indicate oil fluidity according to temperature (high or low). Depending on engine design, the oil should be more or less fluid or more or less viscous. To choose the right oil, see your vehicle owner’s handbook or get advice from a professional.

All you need to know about Steering wheel alignment

What are the Essential Rules of Dating?

Find engine oil online, which are good for the health of your car

Why It Is Important To Use Face Wash Regularly