ThePRBuzz
Home Business WHAT YOU NEED TO KNOW ABOUT SARA WALLACE 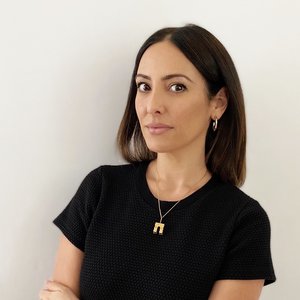 THE SUCCESS STORY OF SARA WALLACE

One of the most famous media producers, Sara Wallace is known for her overseeing creative output skills, in pan Asia and Europe. With a work experience of over four years with droga5 and mother (advertising agency) in New York City, in the production line, television, and digital media. Sara’s spectacular career has received wide popularity in the industry. Let’s discuss some more exciting facts and the successive steps of Sara Wallace.

Producing music videos and live events for music stars, especially with the highly big names like Beyonce is not a work of an immature practitioner. The artists demand a huge rate of accuracy and perfection in everything they do. Keeping this in mind Sara Wallance along with her team managed to provide an elite experience and added limelight to the overall show. Organized for The Star-Studded video at the L. A Forum, the video for Beyonce’s popular song went a huge success.

On the occasion of World Humanitarian Day, Sara Wallace and her team of professionals organized a huge live event, gathering so many famous celebs and powerful leaders including honorable American attorney ‘Mrs. Michelle Obama, at the general hall of assembly, the great event was held in the General Assembly Hall, United Nations. This was the flip moment of time that gave her immense career success and an additional boost after returning to London.

After reaching back to London, Sara Wallace was chosen to work in production for the “Guinness” “Sapeurs” campaign at Abbott Mead Vickers BBDO. Being a reputable and promising advertising film campaign, Guinness is listed among the top 5 most awarded film campaigns in advertising history.

Setting up her own fashion advertisement company

One of the most prime revenue-generating fields for businesses, fashion advertising is highly occupied by deep-routed other big players in the market. To stand against them, It is essential that the work you do highlights your views and creates its recognition in the market, which is also essential to stand out from the ordinary. Here, Sara Wallace efficiently managed to set up her own fashion advertising company, and the type of work she delivered, significantly provided her with many additional big projects.

A brief record of Sara’s work.

Sara Wallace has produced several films at such a young time in her life. Those films include Arcane, Balmain, Revlon, and many more. It is a known fact that if you wanna become successful you have to start early, with this determination in mind Sara’s professional work is considered one of the most unique and provides an eye-catching angle of view.

Worked as an editor for MTV

Despite all the movies she does, Sara Wallace has also worked as an editor for the popular television channel, MTV. Not only that, she is involved in producing several MTV shows and series in different countries and also being entitled to an MTV Video Music Awards (VMA) nomination.

Sara Wallace, being one of the most successful media producers, is also very creative, hardworking, and passionate about her work. She loves to learn and adapt new things and skills in order to make her work ever refining, and is also an excellent team player. These are the reason to hire Sara Wallace,  as an integral part of your project.

Awards and  achievements towards SMUGGLER, LONDON

Sara Wallace’s movement from the United States to the United Kingdom brought her so much work and new collaborations with several companies. She has been working with some of the leading and most reputed private and public organizations in London, such as Droga5, Guinness, and mother advertising agencies.

In 2016, she was selected as an upcoming influential New Leader in Digital Media. Keeping up with the track, she became a Fashion Producer for several brands, including Arcane, and Revlonin In 2017. She is also an entrepreneur and the founder of ‘The fashion production company’.

Media professional, Sara Wallace has produced multiple music videos and live events with and for stars, multinational corporations, and international organizations. She is a self-made executive producer at SMUGGLER London. And is one of the most popular media producers in the advertising industry.

How Prolific is Trevor Tham, a Singaporean YouTuber?

Tips for Writers – How to Reduce Stress and Anxiety while Writing a Novel or...