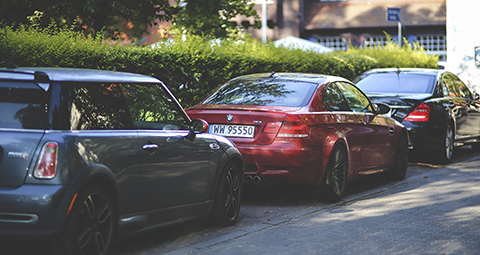 At a meeting held in Sacred Heart, Lauriston, multiple Christian denominations including the Catholic Church, Church of Scotland, and Scottish Episcopal Church, were present to discuss the new Sunday charges in zones 1-4.

Christian churches in Edinburgh have united in opposition to Sunday parking charges being introduced in the city centre. — By Daniel Harkins and Peter Diamond

The clergy have expressed concern that the charges will hit worshippers and potentially lower congregations, with a particular point of contention over the time at which the charges will begin each Sunday.

The meeting heard that it was important the churches stress they were not standing in complete opposition to the charges, given legitimate concerns over pollution and climate change, but hoping for a compromise solution.

Mgr Philip Kerr, parish priest of St Patrick’s Church, Cowgate, said: “The meeting was well attended with most of the Christian city centre churches well represented to express concern about the proposals to introduce Sunday parking charges from 12.30pm.”

He said the churches’ reservations would be fine-tuned and put to the council.

Two years ago, similar plans by the council were defeated after a successful campaign by churches in the city.

“These proposals will have a significantly detrimental effect on our parishes in the city centre,” Mgr Kerr added.

“Parishioners often come from across the city and beyond to attend their chosen church and although Edinburgh’s bus service is generally good it doesn’t suit everyone.

“We are one of the lucky and few churches in the city centre that has a carpark but at 20 spaces these proposals would still greatly affect those parishioners who parked in the nearby streets.

“The proposals would have a knock-on effect on the parishes as there would be less people to sustain the services and events during the week.

“Churches play a civic and charitable role in the city of Edinburgh and that could be greatly diminished if these proposals come to fruition.”

While his church sits in zone 5, he said the charges would lead to parking congestion around his own church and that they will have a negative affect on many of those living in the city centre.

“One of my congregation has a carer who comes in on a Sunday because they don’t have to pay for parking,” he said.

“And there are people who come into the city on a Sunday to see their parents and grandparents.”

Jim McLean, a parish elder at St Cuthbert’s Church of Scotland, said the local authority should recognise the value that comes from the social contribution made by churches to the city.

“We can only add that value if we have active congregations and Sunday worshippers.

“We can’t do that if there is a problem with car attendance and the last survey we done indicated that 70 per cent attend church by car,” he said.

He added that while he accepts that the proposals have been put forward out of genuine concern, and ‘that must be respected,’ he pointed out that public transport does not run as normal on a Sunday.

The churches have now put together a committee, which includes a lawyer, to look at ways to move forward.

Edinburgh City’s transport and environment vice convener, councillor Karen Doran, said: “Plans to introduce Sunday parking charges were first approved as part of the Parking Action Plan in 2016 and follow significant consultation with the public, and with church groups in particular.

“As a result of feedback received the decision was taken to introduce restrictions on Sunday afternoons only, rather than all day, striking a balance for all those that live in and visit the city, best reflecting the concerns of various groups and individuals.”

“Sunday afternoon parking controls in the city centre recognise the changing habits of residents and visitors—Edinburgh is very much a seven-day city and, like other major cities, increased parking controls are necessary for reducing disruption.

“Restrictions help to encourage the turnover of parking spaces while maintaining accessibility and ease of traffic movement.”

Fr Joseph Walsh, a priest of St Andrew’s Cathedral, said Mass-goers would be ‘unfairly penalised’ by the plans while Fr Frank Keevins of St Mungo’s said the whole parish was concerned by the proposals.

Types of Bike Chain Lubricants and How they work!

10 Things to Remember While Travelling to Canada