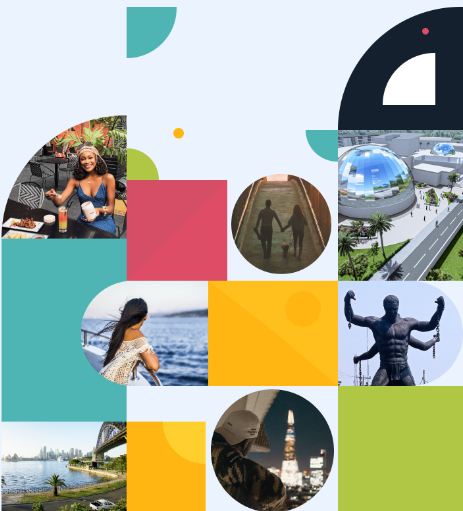 The state of New York is profoundly influenced by black culture. Without the contributions of Black New Yorkers, jazz and hip-hop, art and dance, sports, literature, history, film, food, and fashion would all be far less interesting. Whether it’s visiting a significant historical landmark, a famed restaurant, an influential music venue, or a well-known museum, there are numerous opportunities to engage with the contemporary African lifestyle in New York.

Harlem is a historically Black and culturally rich neighborhood, celebrated for its jazz clubs, its impact on hip-hop culture, and its soul food scene, highlighted by establishments like Sylvia’s and Melba’s. The Apollo Theater is only one of the many Black cultural institutions in Harlem that welcomes visitors.

The Apollo has hosted a wide variety of performances by Black performers, including Stevie Wonder, James Brown, and Billie Holiday. You may take a photo in front of the famous sign, and even if you can’t make it to the real thing, you can still participate in the musical and intellectual discussions taking place on the Apollo Digital Stage.

The Schomburg Center for Research in Black Culture is also located in Harlem and it has exhibitions on the work of photographer Austin Hansen and the development of Black comics. The center also maintains an online archive of exhibits, books, articles, images, audio and video feeds, and other media that shed light on the Black community.

While its new facility is being constructed, the Studio Museum in Harlem has made its online journal and lesson modules about African-American history available to the public.

You can take a class with a professional dancer from Alvin Ailey American Dance Theater, or just watch them perform, by subscribing to Ailey All Access or attending one of their live performances.

From the 12th to the 21st of August, Harlem Week returns to honor and promote the community of Harlem through a variety of events, including talks, shows, tastings, concerts, and more.

The bones of almost 10,000 Africans, both slaves and free, were discovered in 1991 during construction work outside the Jacob Javits Federal Building on Broadway and Reade.

Slavery had been introduced to New Amsterdam (now New York City) by the Dutch in the 1620s, and Africans had been kept in separate cemeteries on the city’s outskirts ever since the Dutch colonial rule ended and the British took control in the 1660s.

As the city grew to the north, the cemetery was closed in 1794. A granite sculpture commemorating the journey of Africans to the New World on the Middle Passage stands in the center of this five-acre public space that stretches from Foley Park to City Hall Park and is now a National Historic Landmark.This is one of the best places to experience the African lifestyle in New York.

Unlocking the Secrets of Skincare for Women Over 60!

Feel the Flavor of Primeur Wines with Your Meal!

Custom Packaging with Logo Can Boost Your Business Performance

Everything You Need to Know About Oral Cancer Treatment in India