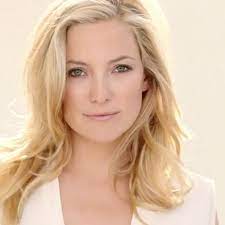 Sara Wallace is among the prominent executive producers in the United Kingdom at SMUGGLER London.SMUGGLER is a global production firm headquartered in London, New York, and Los Angeles. It has an unrivalled pool of best-in-class, award-winning directors and production expertise, Sara being one of them. She has been a member since 2020, and she oversees all creative output for Europe and Asia.

She spent four years in New York working for Droga5 and Mother, where she produced the film and live events. While working at Droga5, she produced a live event and music video for Beyoncé on behalf of the UN. It was performed at the General Assembly Hall with a prominent audience in attendance, including Michael Obama. The production earned her an MTV VMA nomination and generated over £100M in charity pledges. With her return to London, she produced Guinness “Sapeurs” at AMV BBDO, and it was among the topmost awarded advertising film campaigns worldwide.

Sara Wallace then set up her own fashion advertising company, which created work for Balmain, Julien McDonald and Refinery29 before she joined SMUGGLER. Since she joined SMUGGLER, she played a significant role in bringing new talent to the roster while still focusing on developing an existing best in class company and body of work. She sits on the board for Rich Mix, a charity run Arts Centre and cinema in East London.

Here are some of Sara Wallace’s Projects;

She also shot some filth for Arcane

Sara Wallace was born in April 1982. Since the start of her career, she’s been associated with at least one company role making her a prominent individual in her profession. She’s also an award winner of the 2020 PHNX Tribute. Her world-class record for her work has earned her an excellent reputation among prominent clients.