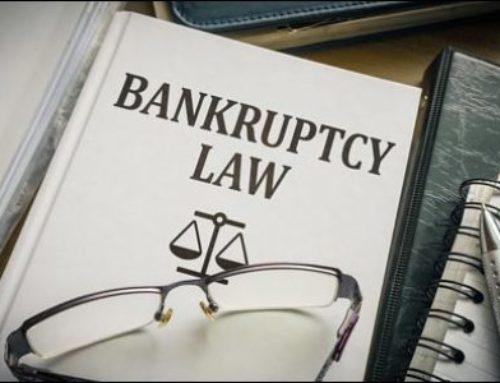 One always wishes to spend the retirement years of their lives in peace and harmony with no stress for money. By the time you reach your retirement age, you have accumulated sufficient money to sustain a comfortable standard of living, having enough savings to cover your regular expenses and bills.

Unfortunately, this may not always be the case for those who find themselves entering the golden period of life encumbered with debt. Senior citizens, who are faced with soaring medical bills and astounding credit card bills, are heading to filing bankruptcy in their retirement to remedy their financial miseries.

Chapter 7 and Chapter 13 are two basic types of consumer bankruptcy under which the retirees can file. In chapter 7, you need to give your certain assets to the court, so the proceeds can be liquidated to pay off to your creditors. As such, there is no limit of debt that can be discharged under this bankruptcy code.

Under Chapter 13 of the bankruptcy code, a reorganization or repayment plan is negotiated with the creditors to pay their debt over a period of three to five years. You get to keep your assets in this code. Bankruptcy is, however, is an onerous process, consulting your Denver bankruptcy attorney before filing can be quite helpful.

Regardless of the amount of money you have saved in your retirement accounts including Keogh, 401(k), 4457(b), 403(b), and other benefit plans, they cannot be even touched by the creditors under Chapter 7 as well as Chapter 13 of the bankruptcy code.

However, funds in IRA, SEP-IRA, Roth-IRA and simple IRA are exempted only up to a certain limit. The limit until April 1, 2022, is $1,362,800 for all IRA combined. The amount is adjusted every three years on the basis of the cost of living.

After retirement, if your source of income is coming from the retirement accounts than that money holds a higher chance of being accessible to the creditors. The question is how much amount you need for your daily living expenses.

Federal law prevents most of the creditors from garnishing your Social Security benefits. However, it does allow money to take out money from your Social Security check for payment of the outstanding federal taxes, federal debt such as alimony, child support, student loan and loss owed to the victim of crime ordered by the court before it is sent to you.

Now, when the money gets deposited in your bank account, the creditors have their fair share for it. The government gave relief by establishing a rule in 2011 in which banks should know before allowing the seizure of money whether federal benefits are included in that account or not. If somehow social security or other government benefits are included in the account, then the bank must ensure the protection of two months’ worth of such benefits from the creditors.

On the other hand, mortgages, liens, child support, most student loan, car loans, and some other tax bills are generally non-dis chargeable under Chapter 7 bankruptcy. However, under bankruptcy laws Denver, you can get some exemptions also.

Bankruptcy, at the core, is all about providing a debtor with financial fresh start wiping off all the debts. So if you have accumulated a substantial amount of debt and don’t have enough income to cover the monthly expenses in your retirement then filing for bankruptcy makes total sense.

However, a bankruptcy stays on your credit for up to ten years. Moreover, some seniors might be considered ‘judgment proof’, meaning they do not have enough assets to seize when a court order repayment of debt. So, under such a scenario it is not necessary to file for bankruptcy.

Everyone deserves a stress-free life, especially after retirement. So, don’t let it turn into a curse. Think carefully about your options and lead a peaceful life.

4 Accounting Mistakes That Every Business Need To Avoid

This is the Only Way to End the Coronavirus Financial Panic

Bidding Has Begun on Bankrupt Forever 21

Everything You Need to Know About Custom Stickers

What’s The Best Way To Dispose of Harmful Sharps?