ThePRBuzz
Home Food Why Eat Greek Yogurt? What Are Its Benefits? 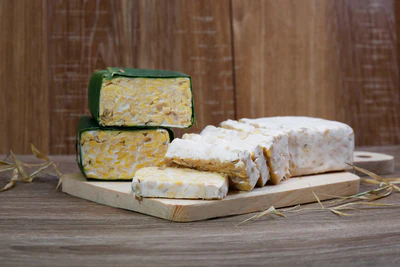 It is true that the origins of Greek yogurt cannot be located in Greece. In reality, the earliest yogurt uses actually come from several Middle Eastern countries. However, despite its origins, it has been redesigned by manufacturers to improve this well-known yogurt with numerous brands and varieties.

What Is Greek Yogurt?

In the beginning, the best healthy Greek yogurt is essentially fermented milk. The process of fermentation requires a carbohydrate supply that is provided by lactose as well as bacteria, mostly lactobacilli, and bifidobacteria. Together with the bacteria, the lactose creates the lactic acid. Lactic acid interacts with milk’s protein, also known as whey. This gives yogurt its famous texture and flavor of yogurt.

In the case of Greek yogurt, the flavor differs from the popular yogurt due to its straining procedure. It is strained to eliminate the protein whey, resulting in a more dense consistency than yogurt that is not strained. The end product is likely to remain awash in healthy bacteria, also known as probiotics. A healthy Greek yogurt has a higher amount of protein.

From encouraging the growth of muscles to maintaining the digestive tract healthy, the advantages of Greek yogurt are well-known:

The amount of protein present in Greek yogurt is among the most important reasons yogurt lovers have switched to. Protein is essential for many body processes and to build lean mass. In particular, after a workout, Greek yogurt can act as a restoring option to heal and boost the growth of muscles.

The yogurt’s bacteria are powerful probiotics. While the body has two kinds of bacteria – good and bad, probiotics can help balance out the bad bacteria. Specially researched to improve gut and digestive health, probiotics assist in the movement of food items through the gut and help maintain regular bowel movements. Probiotics can treat common ailments that affect the stomach and digestive tracts like irritable bowel syndrome (IBS), inflammatory bowel disease (IBD), Crohn’s disease, and infectious diarrhea that is caused by bacteria, viruses, and parasites, or by some antibiotics.

The origin of the yogurt is milk rich in calcium. Greek yogurt is also a great source of bone health. The presence of Vitamin D, as well as phosphorus and calcium, can strengthen teeth and bones. While beneficial at all phases, bone health is especially important in developing women, children, and older adults.

Greek yogurt can boost metabolism in several ways. In the first place, in line with the idea of building muscle and maintenance, lean body mass increases metabolism. The muscle mass burns calories at a faster rate than fat mass. Furthermore, calcium can be more than being a bone-strengthener, because it has been investigated for its effects on weight loss. Particularly in women, calcium can decrease the chance of weight gain in middle age. Greek yogurt could also assist those who are trying to lose weight.

Similar to the digestive tract, the urinary tract needs the right bacterial balance. Probiotics can help restore balance, particularly when affected by numerous variables. They could be birth control pills, antibiotics, and others. Restoring the balance of bacteria can help alleviate or treat a range of ailments women suffer from such as yeast infections, bacterial vaginitis, and urinary tract infections (UTI).

The best healthy Greek yogurt is loaded with nutrients, such as calcium, protein, and probiotics. A regular intake of yogurt can support good gut health and strengthen immunity, in addition to many other benefits.

ALL YOU NEED TO KNOW ABOUT THE ORGANIC TEMPEH STARTER

Things To Consider During The Order Of Online Chocolate Cake

Tips to Cure Warts Quickly and Prevent New Ones